What is Bitcoin – real or hoax? Find out here and make up your mind today! 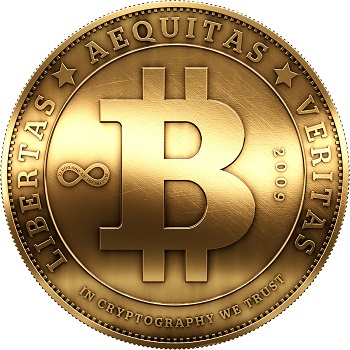 Where do I start with this 67 million bitcoin question?! Possibly by 1. defining Bitcoin, 2. brining you opinions of some respected worldwide figures and then finally 3. give you my opinion on which camp I’m siding with and answering the ultimate question – is Bitcoin real or hoax?

To throw a little snippet of my opinion, I think that Bitcoin is a great idea, great technology and it makes sense, but what do I ultimately think of it through my research that I’m sharing with you? – read on.

There is actually the difference between (note the capitalisation) Bitcoin and bitcoin. So I don’t try to ‘invent’ the definition of bitcoin, here is how Wikipedia answers this.

Bitcoin is a peer-to-peer payment system and digital currency introduced as open source software in 2009 by pseudonymous developer Satoshi Nakamoto. It is a cryptocurrency, so-called because it uses cryptography to control the creation and transfer of money. Conventionally, “Bitcoin” capitalized refers to the technology and network whereas lowercase “bitcoins” refers to the currency itself.

What others think of bitcoin, hoax or real?

I must say that majority of public figures I follow on social networks like YouTube, Facebooks and highly value their opinion and their work are pro-bitcoin. Among them are Max Keiser (http://rt.com/shows/keiser-report/), Stefan Molyneux (http://www.freedomainradio.com/) and .. well not that many when I think of it.

Others are more pro-gold and silver and either undecided or totally of a belief that bitcoin is a ponzi / pyramid scheme. Peter Schiff (predicted GFC among other achievemets), James Richards (author of Currency Wars) and worldwide respected economist appearing on the likes of CNN and other business news and who also appears on Australian ABC.

My opinion on Bitcoin?

Great encryption, great technology, good as it’s decentralised, no/low transaction cost, easily traded internet currency, finite availability (programmed by algorithm not to exceed 21 million Bitcoin) so it can’t just be ‘printed’ by a central bank indefinitely are just some of the benefits of bitcoin.

Having said that, you’d be surprised that I think that bitcoin is a ponzi pyramid as with all pyramid schemes fundamentals make complete sense as we need something to replace this Fiat currency central bank madness – however it ain’t going to work and in the words of Peter Schiff, few people will make money on it and many many more will end up with nothing.

What do you think and why?