Here is Why Customer is not ALWAYS right What do Jetts gym and Dell computer company have in common?

Govt. urged: End the monopoly and open NBN to all comers 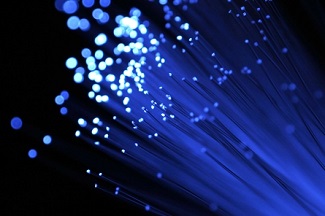 CANBERRA – David Teoh’s aggressive TPG group – already a major force in the telecoms and broadband sector – has urged the Abbott Government to end the National Broadband Network monopoly on the rollout of fibre networking.

In a submission to the Government’s broadband cost-benefit analysis panel, headed by Michael Vertigan, TPG said keeping the NBN as a monopoly would see the Australian economy ‘pay a very high price’, and NBN Co ‘is never likely to be run as efficiently as a private enterprise’ – I agree here.

One of Vertigan’s missions is to advise whether TPG should be allowed to proceed with its ambitious scheme to use a loophole in the NBN plan to roll out fibre-to-the-basement for 500,000 apartments and businesses in major Australian cities.

That’s the very kind of “cherry-picking” the NBN, as envisaged by the Rudd Government, aimed to prevent. But the loophole seized on by Teoh enables existing networks to offer the fibre-to-the-basement service in areas where they already have fibre operations.

Infrastructure-based competition delivers the best outcome to end users. The NBN … should not be a fixed-line monopoly. Carriers (other than Telstra) who had invested many hundreds of millions of dollars building ‘super-fast’ networks prior to 2011 were, and should remain, permitted to make use of those networks to compete with the NBN and other broadband providers.

The Australian Competition and Consumer Commission, in its submission to the Vertigan inquiry, has also favoured opening up the NBN to competition ‘where it is economically efficient’, though it does not specifically endorse TPG’s initiative.